'Yield' gets a 4.5 star review from John Shand in the Sydney Morning Herald

Yield - Preludes and Fugues for Piano, a track by track description from Adrian Lim-Klumpes 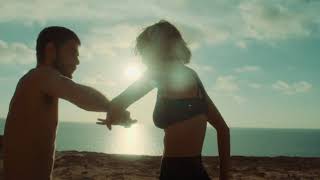 Dance Australia's video of the week: the mesmerising music video for 'Move' from new alb

'Yield' gets a 4.5 star review from John Shand in the Sydney Morning Herald

John Shand writes: If the knowledge that a solo pianist is playing a Steinway even infinitesimally narrows your idea of how this album may sound, forget it, because post-production treatments have been used in ways that are both disorienting and enchanting. It is like hearing a piano conversing with its own ghost. Adrian Lim-Klumpes has never been constrained by convention, and this album is exhilarating in its concept freedom, his formal intent to create a set of preludes an